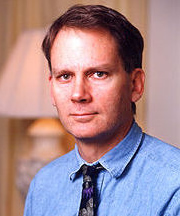 Two new studies lend further support to research by E. Mark Cummings, a University of Notre Dame professor of psychology, on the impact of parental conflict behavior on their childrens future behavior.

Cummings, the Notre Dame Professor of Psychology, and researchers fromRochesterUniversityand the Catholic University of America, found that the manner in which parents handle everyday marital conflicts has a significant effect on how secure their children feel, and, in turn, significantly affects their future emotional adjustment.

A useful analogy is to think about emotional security as a bridge between the child and the world,Cummings said.When the marital relationship is functioning well, it serves as a secure base, a structurally sound bridge to support the childs exploration and relationships with others.

When destructive marital conflict erodes the bridge, children may lack confidence and become hesitant to move forward, or may move forward in a dsyregulated way, unable to find appropriate footing within themselves or in interaction with others.

In the first study, the researchers examined the effect of marital conflict on the 9- to-18-year-old children of 226 parents for three years. They discovered that destructive forms of marital conflictsuch as personal insults, defensiveness, marital withdrawal, sadness or fearset in motion events that later led to emotional insecurity and maladjustment in children, including depression, anxiety and behavioral problems.

The second study also examined the connection between marital conflict and emotional problems over a three-year period, with a different group of 232 parents and kindergarten-aged children. The researchers again found that destructive marital conflict led to similar problems.

Because both studies involved representative community samples, the researchers believe that their findings likely can be generalized to most American families.

Interestingly enough, earlier studies by Cummings and others have found that constructive marital conflict, in which parents express or engage in physical affection, problem solving, compromise or positive feelings, may actually increase childrens security.

These studies are a warning to strongly encourage parents to learn how to handle conflicts constructively for the sake of both their children and themselves,Cummings said.

The studies appear in the January/February issue of the journal Child Development.