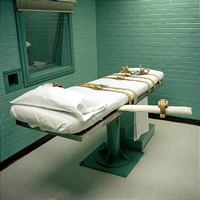 A project of the Universitys Center for Social Concerns and office of Campus Ministry, NDASK describes itself as an attemptto inspire and facilitate informed discussion on capital punishment, fostering increased knowledge of issues surrounding the death penalty through a campaign for a moratorium inIndiana.The group also hopes to promotethe official position of the Catholic Church on capital punishment, the furtherance of the United States Conference of Catholic BishopsCampaign to End the Use of the Death Penalty, and the development of an environment of open inquiry and debate surrounding capital punishment.

The NDASK fall lectures are co-sponsored by the Notre Dame Coalition to Abolish the Death Penalty, Amnesty International, Right to Life, Progressive Student Alliance, College Democrats, and the Catholic Peace Fellowship.All will begin at7:30 p.m.

On Nov. 1 in the Annenberg Auditorium of the Snite Museum, Thomas Anthony Durkin, a 1968 Notre Dame graduate and chairman of the U.S. Court for the Northern District of Indianas Panel for Capital Case Appointments, will speak on efforts to implement a moratorium on the death penalty in Illinois.

On Nov. 8 in theHesburghCenterauditorium, George Brooks, director of advocacy and jail chaplain for Kolbe House, the Archdiocese of Chicago’s prison and jail ministry, will speak on his conviction thatopposing the death penalty does not mean siding with the offender against the victim, but recognizing that every person is a child of God.

On Nov. 15 in the Hammes Student Lounge of theColeman-MorseCenter, former Indiana Gov. Joe Kernan, adjunct professor of political science at Notre Dame, will speak of his past decisions on the death penalty.A proponent of the death penalty in principle, he commuted two sentences while governor.