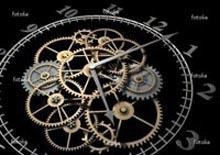 A paper by University of Notre Dame biologist Giles Duffield and a team of researchers offers new insights into a gene that plays a key role in modulating the body’s Circadian system and may also simultaneously modulate its metabolic system.

The relationship between circadian and metabolic systems the researchers describe could have important implications for understanding the higher incidence of cardiovascular disease, obesity and diabetes among shift workers.

The master circadian clock in the human resides within the suprachiasmatic nucleus of the hypothalamic brain and receives direct input from the retina (eye) through which the clock can be reset or synchronized on a daily basis to the prevailing light-dark cycle. This provides both time of day and also time of year information to the brain and body. Things can go wrong with the internal clocks when either the clock system or its light input pathway is disrupted.

“These peripheral clocks, such as in the liver and heart, regulate local rhythms of biochemistry and physiology, but are kept in a normal synchronized state with the external environment through a combination of signals, including hormonal and nerve signals from the brain clock, and in the case of the liver, from nutrients that fluctuate with the daily rhythm of feeding,” he said. “The local tissue clocks are very important as they impart rhythmic control over as much as 10 percent of local gene activity.”

In a paper published earlier this year in the journal Current Biology, Duffield in collaboration with researchers from the Dartmouth Medical School and Norris Cotton Cancer Center described how they used DNA microarray techniques to identify an important gene called the “Inhibitor of DNA-binding 2” (Id2) as rhythmically expressed in various tissues including the suprachiasmatic nucleus.

The researchers produced “knockout” mice that did not express the Id2 gene. They then exposed the mice to a time-zone change in their light-dark cycle and were able to examine the effect of artificial jet lag (or shift-work adjustment). They discovered that the knockout mice took only one or two days to recover from jet lag, while unaltered mice took four or five days to fully adjust. 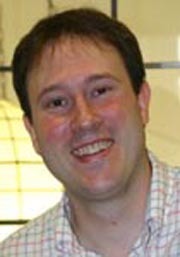 In the new paper published today in the Journal of Biological Chemistry, Duffield and his colleagues describe how they examined liver collected from Id2 knockout mice.

“We looked at livers at different times across the 24-hour day and compared gene activity between normal and the knockout mice,” Duffield said. “We again used DNA microarray analysis, which allowed us to examine each and every gene that is switched on in the mouse liver (screening about 30,000 genes).

“We discovered that about 2 to 3 percent of genes normally expressed in the liver are abnormally regulated, and many of these genes are rhythmically active. We call genes that are rhythmic with a 24-hour period clock controlled genes or ‘ccgs.’ Because a majority of these abnormally related genes were found to be ccgs, it is clear that an important role for Id2 in the adult liver is to regulate output from the clock and help generate rhythms in a variety of biological processes within the liver.”

Given that the liver is a key organ associated with energy metabolism, the researchers were not surprised that several biological pathways associated with the daily rhythm in lipid and glucose homeostasis were affected by the absence of Id2. In particular were genes associated with the regulation of lipid storage and biochemical processes favoring energy generation from fat.

“It has been known for some time that glucose and fat metabolism follow a daily pattern of activity,” Duffield said. “This makes sense. Why produce an enzyme to assimilate and store certain fat molecules in the liver in the middle of the night when our bodies are primed for sleep and not for feeding and absorbing nutrients into our blood-stream? This fact bears upon the long-term health implications of chronic jet lag and shift work.”
Not only did the knockout mice have abnormal time-of-day specific changes in the pattern of gene activity, they also exhibited profound physiological changes. The mutant mice were lean, had smaller quantities of white fat stored in their abdomen and far less fat droplets in the liver itself.

Duffield notes that mice bearing a mutant form of a transcription factor gene related to Id2 and an important circadian clock component called “Clock” is associated with obesity. And polymorphisms in the gene encoding Clock have been linked to human metabolic orders. Duffield’s earlier paper provided evidence for the ability of Id2 protein to interfere with the activity of Clock and BMAL1 (Clock’s binding partner), suggesting a possible mechanism through which Id2 may be simultaneously modulating both the circadian and metabolic systems.

“We think that Id2 also is regulating Circadian clock output downstream of the core clock components (i.e. separately from its possible interaction with Clock and BMAL1) by binding to other transcription factors, thereby acting as a messenger boy of sorts,” Duffield said. “Id2 is rhythmic at the gene and protein levels so that it can impart rhythmic information simply by its daily cycling from high to low levels. Id2 is a transcription factor, so its primary function is to regulate when genes are switched on or off. And, as this process changes on a 24-hour basis, it thereby has the capacity to shape our daily cycles of biochemistry and physiology.”

“We are very excited by the recent results, as they more firmly cement a role for Id2 in modulating the circadian system, at both the input and output ends of the molecular clock,” Duffield added. “The connection between the circadian clock and metabolic control is becoming very apparent. And the relationship between the circadian and metabolic systems has implications for cardiovascular disease, obesity and diabetes. It is noteworthy that the incidence of such diseases is elevated in shift workers.”

Tim Hou and Sarah Ward of Notre Dame and Nathan Watson, Joana Murad and Mark Israel of Norris Cancer Center participated in the study, which was supported by Notre Dame, the Royal Society and the Theodora B. Betz Foundation.