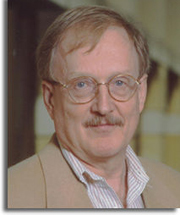 A new book edited by University of Notre Dame political scientist Alan Dowty examines recent developments that have intensified the political and social challenges facing Israel.p. “Critical Issues in Israeli Society,” published by Greenwood Press, explores factors that have impeded the establishment of a working political structure, such as the nation’s sharpening internal divisions, its failure to forge a national identity that includes non-Jews, and the collapse of the peace process with Palestinians.p. As part of the Praeger Series on Jewish and Israeli Studies, the book includes overviews from 12 noted scholars of Israel and their insights into the country’s economic progress and globalization, revealing that there are also positive forces at work as Israel seeks a broader synthesis of its diverse society. Dowty wrote the introduction, titled “The Tribalization of Israel?” and a chapter titledA Question that Outweighs all Others: Israel and the Palestinians in Broad Perspective."p. A specialist in the international politics of the Middle East, Dowty has been a member of the Notre Dame faculty since 1975 and is a fellow of the University’s Kroc Institute for International Peace Studies. He has published several other books, including “The Limits of American Isolation,” “Middle East Crisis: U.S. Decision Making in 1958, 1970, and 1973,” and “The Jewish State: A Century Later.”p.