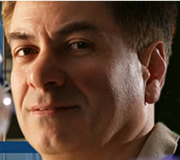 A novel type of antibiotic studied by a team of University of Notre Dame researchers led by Shahriar Mobashery has shown promise in defeating deadly drug-resistant staph bacteria.

MRSA (methicillin-resistant Staphylococcus aureus ) was first identified in the early 1960s. Vancomycin-resistant MRSA, in particular, is a rare but extremely deadly staph strain for which treatment options are limited.

Staph infection has long been a concern in hospitals,said Mobashery, Navari Family Chair in Life Sciences.In the last 10 years, it has also emerged as a concern in prisons and nursing homes.

Mobashery also noted that the community onset of staph infections, outside of institutions, is increasing.

The overuse of antibiotics and poor sanitation practices in some institutions has contributed to the problem of antibiotic resistance.

Mobasherys research group has been focusing on a unique protein called penicillin-binding protein 2a (PBP 2a) that MRSA carry on the cell membrane. Previous research has shown that PBP 2a acts as a key defense mechanism by interacting with the bacterial cell wall to form a chemical barricade that is impervious to antibiotics.

Mobashery and his team investigated three new synthetic cephalosporin antibiotics, structural relatives of penicillins. The novel antibiotics appear to interact with PBP 2a in a unique way.

The researchers tested the antibiotics by adding them to the clinical scourge vancomycin-resistant MRSA and compared the results with tests using other classes of conventional antibiotics.The new antibiotics killed the bacteria, but the other classes did not.

One of the antibiotics has entered clinical trails (human studies) by the pharmaceutical company Sandoz.

We are the first to demonstrate this unique chemical strategy in overcoming antibiotic resistance, which could provide a new line of defense against this growing problem,Mobashery said.As scientists, were trying to stay one step ahead of the bacteria. The more strategies there are to fight resistance, the better.