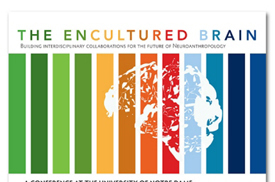 “The Encultured Brain: Building Interdisciplinary Collaborations for the Future of Neuroanthropology,” a first-ever neuroanthropology conference, will be held Thursday (Oct. 8) in the University of Notre Dame’s McKenna Hall. The conference is a gathering of scientists and scholars interested in how the human brain intersects with our cultural and social lives.

Conference organizers note that neuroanthropology is a broad term intended to embrace all dimensions of human neural activity, including emotion, perception, cognitive and motor control skill acquisition and a range of other issues. Unlike previous ways of doing psychological or cognitive anthropology, neuroanthropology remains open and heterogeneous, recognizing that not all brain systems function in the same way so culture will not take hold of them in identical fashion. Although human neural structure is biological and the product of evolution, the development processes shaping each individual include a host of other forces as well, which means that one cause cannot be favored over all others.

Daniel Lende, assistant professor of anthropology at Notre Dame, will deliver the opening address, titled “Neuroscience and the Real World.”

Keynote addresses include “Mirror Neurons: The Ontogeny and Phylogeny of Cultural Processes” by Patricia Greenfield, distinguished professor of psychology at University of California, Los Angeles; and “Explaining Religion” by Harvey Whitehouse from the University of Oxford.

The closing address, titled “A Brain-Shaped Culture: Ambitions, Acknowledgements and Opportunities,” will be delivered by Greg Downey, senior lecturer in anthropology at Macquaire University.

Additional information, including a complete schedule and list of speakers, is available on the Web at http://neuroanthropology.net/conference/.