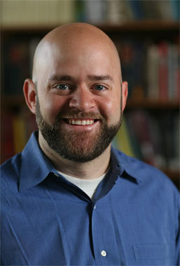 “Despite his record of strong and unambiguous support for abortion rights, many American voters had hoped that President Obama would promote common ground policies to reduce the incidence of abortion,”Snead said."After less than one week in office, however, Mr. Obama has taken action intended to produce precisely the opposite result.

“On Friday of last week, he signed a memorandum revoking the ‘Mexico City Policy,’ which had prohibited the distribution of federal funds to organizations that perform or promote abortions overseas,”Snead said.“Using American tax dollars to subsidize organizations whose work will increase the abortion rate worldwide is a disappointing step that marginalizes the views of tens of millions of taxpayers who believe that all human beingsborn and unborn, whether in the United States or some other countryare entitled to our care and the protection of the law.We can only hope that President Obama’s future actions will match his inclusive rhetoric, rather than his lifetime record, which now includes a single week as president.”

A member of the Notre Dame faculty since 2005, Snead specializes in the relationship between bioethics and the law.He is the former general counsel for the President’s Council on Bioethics, a White House advisory committee, and the principal author of the council’s 2004 report on the regulation of new biotechnologies affecting assisted reproduction, human embryo research and genetics.Last year he was appointed, along with Edmund Pellegrino, chair of the President’s Council on Bioethics, to be the permanent observer for the U.S. government at the Council of Europe’s Steering Committee on Bioethics (CDBI). He recently was appointed to a four-year term on UNESCO’s International Bioethics Committee, a 36-member body of independent experts that advises member states on bioethics, law and public policy.