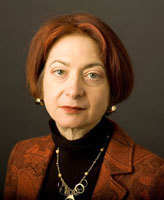 Jean Porter, The Rev. John A. O’Brien Professor of Theology at the University of Notre Dame, has been elected to the American Academy of Arts and Sciences (AAAS).

Porter is among the 220 newly elected members of AAAS, one of the nation’s most prestigious honorary societies. AAAS also is a center for independent policy research whose members contribute to its publications and studies of science and technology policy, energy and global security, social policy and American institutions, the humanities and culture, and education.

An alphabetical list of AAAS members elected this year is available online. The new class will be inducted at a ceremony Oct. 6 at the AAAS headquarters in Cambridge, Mass.

Porter taught at Vanderbilt Divinity School for six years before joining the Notre Dame faculty in 1990. Her teaching and scholarship concern Christian ethics and the history and interpretation of the natural law tradition in Catholic ethical reflection, particularly the moral theology of St. Thomas Aquinas.

In addition to articles and essays in scholarly and popular journals, Porter is the author of “Ministers of the Law: A Natural Law Theory of Legal Authority,” a book honored last year by a Catholic Press Association award. Her other books include “Nature as Reason: A Thomistic Theory of the Natural Law” and “Natural and Divine Law: Reclaiming the Tradition for Christian Ethics.”

Founded in 1780, the AAAS has elected intellectual leaders from generations of Americans including George Washington and Benjamin Franklin in the 18th century, Daniel Webster and Ralph Waldo Emerson in the 19th, and Albert Einstein and Winston Churchill in the 20th. The current membership includes more than 250 Nobel laureates and more than 60 Pulitzer Prize winners. A total of 23 Notre Dame faculty members have been selected as AAAS fellows.