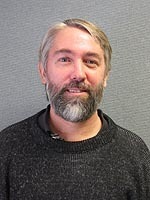 Malkovsky received the prize, which consists of a publishing agreement with HarperOne and a $25,000 advance against royalty, for his manuscript,“God’s Other Children: The Many Religions and the Quest for Understanding in Sacred India.”

The book is an account of an Indianjourney and of Malkovsky’s encounters, reflections and conversations with Hindus, Muslims and Buddhists in a country convulsed by cultural change.

HarperOne editors praised"the spiritual and theological reflections woven into Malkovsky’s narrative"and his emphasis on"the distinct beauty and wisdom of each tradition as well as its commonalities with other traditions of spirituality."

John Cavadini, chair of Notre Dame’s theology department, said that Malkovsky’s colleagues were"thrilled that Brad was able to receive this award for a manuscript contributing to religious understanding.

“Brad has the unusual background of training both in Catholic systematic theology, and in the religious thought of other traditions, especially Hinduism, and therefore it is ultimately not surprising that it would be his manuscript that would be judged the best at fostering understanding among religious traditions.”

Malkovsky, who holds degrees from the University of Tubingen, Germany, and has studied Sanskrit and Hindu thought at the University of Poona in Pune, India, teaches and writes about the doctrinal and spiritual relation of Christianity to other religions, and his principal scholarly specialization is the Hindu-Christian encounter.He is the editor of"New Perspectives on Advaita Vedanta"and the author of"The Role of Divine Grace in the Soteriology of Samkaracarya."He also is the editor of the Journal of Hindu-Christian Studies.

The Huston Smith award is named in honor of the author of the bestselling book"The World’s Religions."