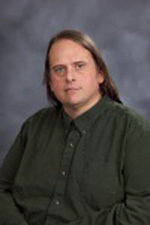 As the Wisconsin battle over union benefits continues to rage, the passion and commitment of people on both sides reflect that the activists are fighting over “a perennial ideological debate in American politics: whether labor unions are good or bad for society,” according to University of Notre Dame political scientist Benjamin Radcliff.

According to a study co-authored by Radcliff, people who live in countries in which labor union membership was robust were happier – regardless of whether or not they belonged to a labor union themselves.

It’s no coincidence that American workers have never been more dissatisfied with their jobs, and labor unions’ membership keeps dropping, according to Radcliff.

Examining life-satisfaction data from several European countries as well as Japan, Australia and the U.S., Radcliff and his colleagues based their study on the notion that happiness with one’s life increasingly means happiness at work.

So what, exactly, brings workers happiness? Unions, according to Radcliff.

There are obvious benefits for members: job security, fair wages, benefits and decent hours. But for those who are not members, there is Radcliff’s “indirect effect.”

“People who have union jobs like their jobs better,” he says. “And that puts pressure on other employers to extend the same benefits and wages to compete with the union shops.”

The study also found that the lower-paid labor union members are the ones who find contentment through organized labor, rather than union members who earn the highest salaries.

Radcliff notes that happiness itself is only partially quantifiable, and to take the best measure of it, one needs to consider other factors such as unemployment rate and even church attendance.

However, there is a relationship between happiness and the density of unions in a given country. Denmark, for instance, ranks near the top in both categories, and the U.S., by contrast, ranks near the bottom for happiness in all the countries studied.

Radcliff, who specializes in comparative and American politics, is one of the world’s leading authorities on the study of politics and happiness. He has published articles on the topic in scholarly journals including the American Political Science Review, Perspectives on Politics, Social Forces, and most recently, the Journal of Politics. He is author of the book “Happiness, Economics and Politics.”