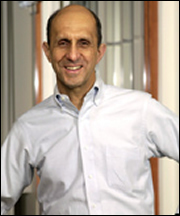 The recent proposal by the presidents Advisory Panel on Tax Reform to tax, as income, the education benefits afford by colleges and universities has the potential to hurt those most struggling to pay for their childrens education, according to Ken Milani, professor of accountancy at the University of Notre Dame.

The burden, he says, would be particularly difficult for employees who work in private education, where tuition is regularly between $20,000 and $30,000.

As an example, Milani said an unmarried parent of two children with an income of$20,000 a year now pays about $450 a year in federal income tax. Were a $30,000 education benefit added as taxable income, that employee suddenly would appear to earn $50,000 a year and would owe the federal government about $5, 515. InIndiana, state taxes would increase by $1,050.

Milani was honored in April by the Internal Revenue Service with a special service award for his work as program coordinator of the Universitys Vivian Harrington Gray Tax Assistance Program (TAP). Through the program, he and Notre Dame accountancy students have provided free income tax preparation for low-income families for almost 35 years.