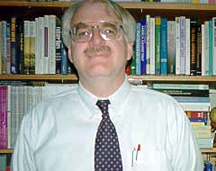 AsCanadas Liberal Party struggles amid a kickback scandal likened to Watergate, a University of Notre Dame professor says very little is known with certainty amid the swirl of ethics accusations, and a lot is riding on the outcome of the investigation into the countrys federal sponsorship program.

In the latter category are the near term fate of the Liberal Party minority government, as well as the longer term legacy of former prime minister Jean Chrétien, during whose decade in office (1993 to 2003) a pageant of self-enrichment by cronies, contractors, and the party itself allegedly occurred,said Kevin Christiano, associate professor of sociology at Notre Dame and president of the American Council for Quebec Studies.

Although charges of favoritism and kickbacks have sullied the standing of the Liberals in national polls, the opposition Conservative Party has not gained directly from the travails of its principal electoral adversary,Christiano said.Rather, the main beneficiaries of Liberal distress, surveys suggest, have been members of the left-wing New Democratic Party, which holds no reasonable chance of forming the next government, and the Bloc québécois, the separatist party that in short order has brushed aside the Liberals in most French-speaking regions of Québec.

The official inquiry into the scandal, headed by Justice John Gomery, will not yield a report until the end of this year, but Christiano says some parties wont wait that long for another election.

The Bloc runs candidates only in its Québec backyard, and so it cannot rise tonational power,he said.Yet it would be the most extreme sort of irony if abuse of a federal initiative that was mounted to thwart the popular appeal of political sovereignty for Québec had the effect of driving disgusted voters into the folds of a party that is pledged to separate Québec fromCanada.

Christiano, who joined the Notre Dame faculty in 1983 after receiving his doctorate fromPrincetonUniversity, is an expert in society and politics inQuebecandCanada.He has served as a visiting scholar in theCanadianStudiesCenteratDukeUniversityand is a member of the boards of The American Review of Canadian Studies and Mens: Revue d’histoire intellectuelle de l’Amérique française.