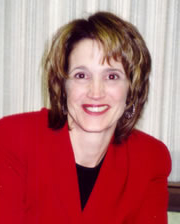 IBM recently has joined the growing list of companies deserting traditional pension plans for new employees, turning instead to 401(k) plans – a move employers say will give them more stability and predictability in funding retirement accounts, but one that could have serious financial implications for employees, according to University of Notre Dame economist Teresa Ghilarducci, a national expert on private pensions.

IBMs move follows the same actions in 2005 by Sears Holdings Corporation, Verizon Communications and more than 65 other companies that have frozen or closed their defined benefit plans to new hires and switched to 401(k) plans,said Ghilarducci, professor of economics and director of Notre DamesHigginsLaborResearchCenter.

The Bush administration is pushing legislation through Congress to make companies pay off their pension liabilities in full in 5 to 7 years, rather than 30.Business and labor leaders claim that it will have a devastating effect on the pension system – just as forcing people to pay off their mortgages in 5 to 7 years would have on home ownership.

Under this new plan, corporations shifting away fromdefined benefit plansor pensions contend that by eliminating these benefit packages and boosting company contributions to employee 401(k) accounts, long-term liability for companies will be erased.But it also forces workers to shoulder more responsibility in planning and saving for their own retirements.

Congress should pass laws that allow workers to contribute to their definedbenefit plans, put worker and retiree representatives on defined benefit plan boards, letcompanies steadily fund their promises over time, and regulate the inefficiencies and other problems of 401(k) plans,says Ghilarducci.

The future of traditional pension plans and the implications of eliminating them are explored in Ghilarduccis forthcoming book titledThe End of Retirement: Who wants it, Who profits from it, and What can be done to prevent it?The book is scheduled for publication in 2007.She also is author ofLabors Capital: The Economics and Politics of Private Pensions,and co-author ofPortable Pension Plans for Casual Labor Markets: Lessons from the Operating Engineers Central Pension Fund.