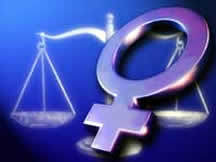 The U.S. Supreme Courts agreement earlier this week to hear the Gonzales v. Carhart abortion case will have a decisive impact on a divisive issue, according to O. Carter Snead, associate professor of law in the University of Notre Dame Law School.

It is impossible to overstate the potential impact this case might have on the jurisprudence of abortion,Snead said.Since 1973, the court, by expansively defining healthto include factors such as emotional, familial and economic well-being, and by delegating to the abortion provider the authority to determine whether or not such an interest is implicated, has effectively prevented Congress or the states from enacting any legislation that seeks to limit an abortion procedure. It seems unavoidable that in reaching its decision in Gonzales v. Carhart, the court will either affirm this highly controversial conception of health,or significantly limit its scope and substance, effectively clearing the way for the political branches to enact limitations on abortion that enjoy majority—or in the case of partial birth abortion, supermajority—support.Either way, this is the most important abortion case the court has seen in years.

Snead, who joined the Notre Dame law faculty last year, lectures and writes on the intersection of law, science, and medicine.He is the former general counsel for the President’s Council on Bioethics, a White House advisory committee and the principal author of the council’s 2004 report on the regulation of new biotechnologies affecting assisted reproduction, human embryo research and genetics.