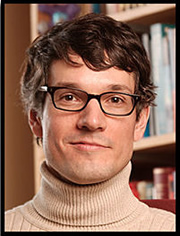 KingdomofHeaven,a new Hollywood epic by Oscar-nominated director Ridley Scott that opens nationwide May 6, depicts the bloody battle between Christians and Muslims over the city ofJerusalemin the 12 th century Crusade.

Though the film – which stars Orlando Bloom, Jeremy Irons and Liam Neeson – is set in a real historical context, its accuracy is questionable, according to Paul Cobb, assistant professor of history at the University of Notre Dame who specializes in the Crusades, Christian-Muslim relations and Islamic history.

The film portrays lots of characters who didnt exist, story-lines that never happened, and inaccuracies in the depiction of historical figures, geography and technology,Cobb said.It is probably better to consider the film a work of historical fiction rather than a historical film.

A silver screen portrayal of this ancient religious conflict is risky given the current political climate in which those conflicts have reignited. Particularly complex is the portrayal of the Muslim leader Saladin, who defeated the Christian Crusader Balian of Ibelin – and whose name was said to be invoked by Saddam Husseins government to rally Muslims against Americans.