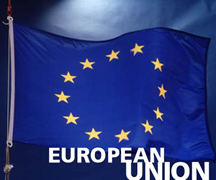 The rejection over the weekend by French voters of a constitution for the European Union (EU) is aserious setback for the movement toward greater political integrationon the Continent, according to Christopher Waller, an economist and faculty fellow in the Nanovic Institute for European Studies at the University of Notre Dame.

Nine EU members – includingGermany,Spain,Greece,ItalyandAustria- had ratified the constitution before the French referendum Sunday.Frances decision is likely to kill the constitution because it requires the approval of all of the unions member countries.

The surprising point of the rejection is how fast opinion changed against the EU constitution and the fact that the French had an overwhelming influence over its design,said Waller, the Gilbert F. Schaefer Chair in the Department of Economics and Econometrics.

He added:The fact that French voters rejected a French-designed constitution tells you it would not have ever been approved by all 25 EU members.

TheNetherlandsis scheduled to vote Wednesday (June 1), with polls predicting another rejection. Should that occur, experts say the likelihood of other EU countries, includingGreat Britain, going forward with popular votes is uncertain.

_ Contact: Christopher Waller is available for analysis on European Union issues and can be reached at 574-631-4963 or cwaller@nd.edu _