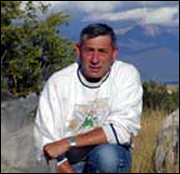 As an evolutionary biologist who is Catholic, I am troubled when Christoph Cardinal Schönborn, an advisor to Pope Benedict XVI, claims that Neo-Darwinian evolution is contrary to Christian faith ( New York Times July 7, 2005).Particularly disturbing is the cardinals disregard of overwhelming scientific evidence that supports Neo-Darwinian evolution and his dismissal of Pope John Pauls acknowledgment (in a 1996 letter to the Pontifical Academy of Sciences) that evolution is not a hypothesis (untested proposition), but a theory (proposition tested many times over, never refuted and considered fact).If Cardinal Schönborns perspective became doctrine, no Catholic university could maintain a reputable biology or science program, because the vast majority of scientists acknowledge that overwhelming evidence supports Neo-Darwinian evolutionNotre Dame could no longer stand with Harvard, Stanford and other world-class institutions of learning.

While freedom of academic inquiry requires defense of Cardinal Schönborns and othersrights to question evolution, the depth of their misunderstanding of modern evolutionary science must be illustrated.There are two parts to modern evolutionary biology.First, macro-evolution addresses the tremendous fossil record that reveals the history of life on our planet and indicates that all life has common ancestry, i.e., life evolvedCardinal Schönborn concedes that this might be true.Second, micro-evolution deals with how individuals composing a population of plants or animals may change (evolve) over time and how these changes sometimes lead to new species.This is the Neo-Darwinism that Cardinal Schönborn condemns.Scientists cannot go back in time and observe evolutionary history (macro-evolution), but they can observe how evolution happens before their eyes (micro-evolution).Micro-evolution has elucidated Neo-Darwinian mechanisms that include genetics, reproduction and ecology.Neo-Darwinism is what has been tested and never refuted; Cardinal Schönborn would have us deny what we can observe.

What is this evil called Neo-Darwinism?Charles Darwin proposed an ecological-based view of evolution called natural selection more than a century ago.Natural selection has three parts: 1) it is not easy for individual plants and animals to survive and reproduce in nature (the world is a harsh place); 2) individuals comprising a species differ in traits that affect survival and reproduction (individuals are not alike); 3) if traits are heritable (children look like parents), offspring of parents with traits imparting better survival and reproduction will constitute a greater proportion of future individuals – the relative abundance of traits changes (evolution occurs).A similar process (artificial selection) is used when we produce domestic species (e.g., dog breeds) with our intended goal or design, but nature has no goal or design for natural selection, only better survival and reproduction.This common-sense concept madeDarwinone of the top three scientists and one of the ten most influential people of the last millennium.However, inDarwins time, genetics and modern reproductive biology were unknown as explanations for heritability; Neo-Darwinism simply combines these observations.This synthesis is the accepted organizing principle of all modern biology, but it frightens Cardinal Schönborn, along with fundamental Christians.

Cardinal Schönborn is afraid of Neo-Darwinsism because he has advocated literal interpretation of biblical creation stories and proclaims Gods purpose in all events ( New York Times , July 13, 2005).However, Darwin led us to ask very profound questions such as why are there so many species of plants and animals; why do species look similar; why does the human brain work the way that it does, and why are animals and plants sometimes imperfectly formed.Prior toDarwin, there was one answer, God made it this way, and natural theology invoked biology in an attempt to prove the perfection of Gods work in nature.The probabilistic and random elements of Neo-Darwinism disturb Cardinal Schönborn and others, because they can not envision how complexity emerges from apparent chaos — they wish to see God intimately involved in each and every event.But Neo-Darwinism shows that biology is not chaotic. While new genes through mutation and combinations of genes through sexual reproduction appear by chance, natural selection does not haphazardly favor particular genes and genetic combinations – that which survives and reproduces better increases in abundance, a process called adaptation.Therefore, Neo-Darwinism explains how apparent purpose and design in nature can result from natural processes and begins to answer profound questions about life and our existence.For example, Neo-Darwinism informs us that many birth defects are understandable, probabilistic events, not Gods punishment.Even one of the greatest scientists, Einstein, had difficulty accepting the chance-filled world of quantum mechanics, but that did not make quantum mechanics less valid for physics.

Cardinal Schönborn and others now wish to prove Gods actions by subverting science through the Intelligent Design movement – nature is too perfect to arise by Neo-Darwinian processes and consequently, proves the existence of a designer, God.Combining science and religion is dangerous, because science relies on observation and religion relies on faith.Gods existence cannot be scientifically proven, because God cannot be measured; individuals must personally accept Gods existence on faith.Intelligent Design resurrects the antiquated notion of biology as natural theology.Biology is the essence of our material existence during our brief sojourn on earth, whereas theology addresses our spiritual existence that is not part of the material world.

Science will continue to challenge comforting beliefs; this is the price of our reason.We must pay this price to remain competitive in a material world based on science and technology.For example, only the U.S., of all developed countries, has more than half of its citizens who denounce evolution with all of its scientific support, but more than half who believe in extra-terrestrials and E.S.P., even though no scientific evidence supports these notions.TheU.S.cannot afford such parochialism in todays world economy based on science and technology.The Church once denied Galileos discoveries and affirmed the false claim in Genesis that the sun moves around the earth.Do we now return to pre-Darwinian views that earth was created only 6000 years ago and fossils of long extinct animals and plants are not real, but are Gods test of our faith?

There will always be a place for God in peopleslives, because there are ultimate questions that science cannot answer, e.g., how did thebig-bangcreation of the universe get its start?However, to search for all answers to our existence using faith alone is an abdication of human intelligence.Prior to Cardinal Schönborns statement, the only religious caveat placed on Catholics in regard to evolution was that at some point God nfused our ancestors with an immortal soul, a metaphysical entity that science cannot measure and therefore, must be accepted on faith.

Gary Belovsky is a professor of biological sciences and Gillen Director of theEnvironmentalResearchCenterat the University of Notre Dame.