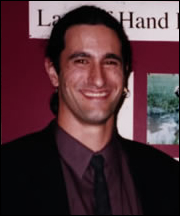 The recent discovery of changes in two genes thought to regulate brain growth has some scientists convinced that the human brain is still a work in progress, but a University of Notre Dame anthropologist says that these findings need to be interpreted in a cultural context, and that not only the brain, but every aspect of the human being is still evolving.

Changes in the forms of genes in the brain may be correlated with changes in human cultural behaviors,says Agustin Fuentes, associate professor of anthropology.This is suggesting that changing patterns of manipulating our environments may be affecting the evolutionary pressures we humans put on ourselves – and thus changing the genetic structures in our brains.

Scientists tracked changes in two brain genes unique to humans – one appearing some 6,000 years ago and now found in 30 percent of the population, and the other evolving some 37,000 years ago and found in more than 70 percent of the population.Since the appearance of the first modern humans dates back more than 200,000 years, it appears that these changes in brain genes developed well after that period, and evolved at the same time the creative explosion of modern humans began to spread across Europe and when civilizations flourished.

Human cultural adaptation seems to be changing the landscape of evolutionary challenges, so it appears that we are, in essence, building our evolutionary future,Fuentes says.

A member of the Notre Dame faculty since 2002, Fuentesareas of specialization include biological anthropology, primatology, and evolution of social organization and behavior.He is currently working on a book project on human biological evolution.

* Media contact: * Agustin Fuentes is available for interviews and can be reached at afuentes@nd.edu or574-631-5421.