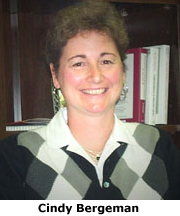 Early this morning (Tuesday, Oct. 17), the population of theUnited Statesswelled to 300 million, in part because of longer life expectancy.

But while Americans are definitely living longer – the average man can expect to live about 72 years; the average woman about 75 years – they arent necessarily living better.

When we think about medical advances that increase life expectancy, its important to recognize that, as of now, for every four years they add to life expectancy, only one of those years is a quality year,says Cindy Bergeman, a professor of psychology at the University of Notre Dame who studies resiliency and aging.

So whats the recipe for increasing both quantity and quality of the life span?Obvious keys to success include not smoking, getting adequate exercise and moderate use of alcohol.But did you know that living on a farm or being married can add years to your life?Or that sleeping more than 10 hours a night or earning more than $50,000 per year actually can decrease life expectancy?

Heavy smoking can reduce life expectancy by 12 years, and obesity can reduce it by 1.5 years for every 10 pounds a person is overweight,Bergeman said.However, being in a good marriage can add five years to a persons life, and, according to a study of people who lived to be 100 or more, usefulness is found to be one of the best predictors of a long life.

Biological aging refers to anatomical and physiological changes that occur in various systems of our bodies – and includes our heredity – how long our parents and grandparents lived or what diseases run in our families.

Psychological aging refers to changes in behavior or personality, or changes in the ability to cope, adjust or adapt.

Psychological aging also refers to an individuals perception of the aging process,Bergeman said.Some perceive themselves as quite old whereas others feel young at heart.

Social aging includes any age-related changes that result either from society or perceptions of societally imposed forces, which includes the expectation that older people are supposed to behave in a certain way.

Though the three broad areas of aging are interrelated, there also is a high degree of independence among the three, so a biologically young person can be psychologically very old, or vice versa, Bergeman explained.

The more we learn about the bodys molecular changes as we age – the effects of nutrition, the ability to master stress or overcome grief – the more we can increase vitality in the later years rather than just increase the number of years,she said.

* Media contact: * _Cindy Bergeman, professor and chair of Notre Dames Department of Psychology, is available for interviews and can be reached at 574-631-4515 or at cbergema@nd.edu .
_