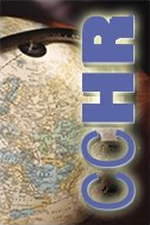 Among this years graduates from the University ofNotre Dame will be 19 human rights lawyers fromNotre DameLawSchools Center for Civil and Human Rights (CCHR) program in international human rights law.

Representing 14 countries around the world, these students have attended Masses, classes and football games with their fellowDomersand leave the campus as members of the Notre Damefamily.But they also leave as members of a Notre Dame human rights movement and community whose home is the CCHR, which has graduated more than 200 lawyers from 70 countries since 1989.

Founded in 1973 by Rev. Theodore M. Hesburgh, C.S.C., now president emeritus of Notre Dame, the CCHR was the first human rights center attached to an American law school.As it prepares to celebrate its 35th anniversary next year, the CCHR enjoys a reputation as a leading institute for advanced research, teaching and advocacy in international human rights law.Human rights lawyers from around the world are attracted to the CCHR as the result of itscombination of academic excellence and commitment to human rights practice.

Before returning to their home countries, these 19 lawyers will complete three-to-six-month internships in human rights projects around the world.The CCHRs growing alumni network includes many lawyers in influential positions on international tribunals and in intergovernmental bodies and human rights organizations, and helps place students in top human rights institutions around the world.Members of its 2007 class will serve internships at the African Commission on Human and PeoplesRights, the Inter-American Commission on Human Rights, theInternationalCenterfor Transitional Justice, and the International Crisis Group, among other human rights institutions.

Even as these students prepare to leave the Notre Dame campus, the CCHR is preparing for another group of human rights lawyers to arrive in August.With the help of its benefactors and supporters, the CCHR will continue to reinforce the ranks of the international human rights movement, bringing the wisdom and experience ofDomersto bear wherever human dignity is threatened.