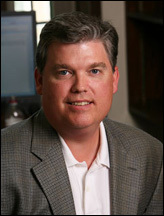 Senate support and judicial excellence are crucial considerations for the next presidents Supreme Court nominees, according to William Kelley, associate dean of the University of Notre Dame Law School.

Kelleys comments came as part of a panel discussion at the University of California, Berkeley, entitledThe Next President and the Courts.Other panelists were University of Southern California law professor and legal commentator Susan Estrich and Jesse Choper, professor of law at UC Berkeley.

The most important thing, I think, that any president has to take account of in making decisions about whom he or she is going to appoint to the Supreme Court is really excellence in the nominee, Kelley said.There is no substitute for absolute professional distinction in whomever the nominee isIts very difficult for forces aligned against the presidentto successfully oppose a nominee whose professional distinction is really unquestionable.

The role of the Senate in the judicial nomination and confirmation processis crucially important,Kelley added.It wasnt nothing that Republicans had 55 seats in the Senate when Chief Justice Roberts and Justice Alito went through the process.Were at a point where neither sideRepublicans or Democratsdefers in any way to the presidents prerogative in judicial appointmentsand weve seen an escalation in tactics opposing judgesconfirmations because observers tend to perceive them as having more of a political role than used to be the case.

The panel discussion is available on line at http://youtube.com/watch?v=-1ZydhxHKAc .