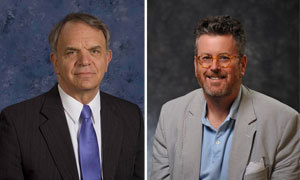 President Barack Obama on Friday (July 18) began building a case that would blame separatist forces supported by Russia for the downing of the Malaysia Airlines passenger jet over Ukraine on July 17. Obama said one American was among the nearly 300 killed and that evidence indicates the jet was shot down by a surface-to-air missile from an area controlled by Russian-backed separatists.

If it was a case of mistaken identity, the firing of a missile without attempting to identify the craft would likely be criminal negligence, according to Maj. Gen. Robert Latiff, who teaches “The Ethics of Emerging Weapons Technologies” in the University of Notre Dame’s Reilly Center for Science, Technology and Values.

“If radar was all they were using, that is a shame,” says Latiff, who retired in 2006 from the Air Force, where he held leadership positions overseeing the research and development of advanced weapons. “All airliners emit signals which identify the aircraft and provide other information like altitude and speed, etc. They also operate on known communications frequencies. It doesn’t sound like the separatists were using any of this, or tried for that matter. My guess is the system’s radar saw a return from a big ‘cargo’ plane flying at 30,000 feet or so and either automatically fired, or some aggressive, itchy operator fired, not wanting to miss an opportunity. It doesn’t seem they chose to seek any additional data before pulling the trigger.”

Latiff was featured in The New York Times story “A General in a Classroom Takes on the Ethics of War” as well as the Notre Dame ad “Fighting For the Ethical Use of Technology.”

Latiff says the system that was used to shoot down the jet appears to be very advanced for a rebel group.

Such cases of mistaken identity are not unprecedented, according to Michael Desch, professor and chair of political science at Notre Dame and an expert on international security and American foreign and defense policies.

Desch tells CNN, “In 1983, Soviet Air Defense Forces tracking an American electronic reconnaissance plane operating near their naval facilities on the Kamchatka Peninsula mistakenly shot down Korean Airlines Flight 007 with the loss of 269 passengers, including a hardline anticommunist U.S. congressman. And during the Tanker War in the Persian Gulf in 1988, a U.S. Navy AEGIS cruiser — the USS Vincennes — mistook Iran Air Flight 655 for an attacking Iranian warplane and shot it down, killing 290 civilians. Such tragic accidents happen in wartime or periods of heightened international tensions.

“If it turns out that this is what happened in this case,” Desch writes, “the Russian military and their Ukrainian allies will suffer a well-deserved black eye.”

The question now, Desch says, is what the tragedy portends for the future.

“While there is much understandable and legitimate condemnation of them and their Russian backers by the international community,” he says, “I do not expect this to fundamentally change the dynamics of the situation on the ground. Only a resolution of the underlying political issues at stake (Ukraine’s relationship with Russian and the West and the domestic political system within Ukraine) is likely to end the war that is taking place there.”