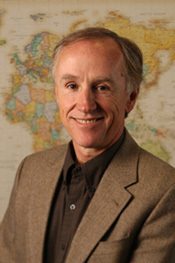 In a deal brokered by Turkey and Brazil, Iran has agreed to turn over more than half (2,640 pounds) of its low-enriched uranium to Turkey in exchange for 265 pounds of medium-enriched fuel for medical isotopes for treating Iranian cancer patients. Under the terms of the agreement, the fuel will remain the property of Iran but will be monitored by the U.N.

The swap is a positive development that the U.S. should support, according to David Cortright, a nuclear policy expert and director of policy studies at the University of Notre Dame’s Kroc Institute for International Studies.

“The fuel swap would reduce the immediate danger of nuclear proliferation in the region, lowering the risk to Israel and its neighbors,” Cortright says. “Removing that fuel — enough to produce one or two nuclear bombs — will reduce Iran’s nuclear potential and set back the clock on its effort to accumulate enriched uranium. The deal also strengthens the hand of the U.N. and the International Atomic Energy Agency in monitoring Iran’s fuel supply.”

Iran will still keep more than 1,900 pounds of fuel — and won’t stop enriching uranium, which are serious shortcomings, according to Cortright.

“However, under Article IV of the Nuclear Nonproliferation Treaty, Iran and other countries have an ‘inalienable right’ to develop nuclear industry, provided they comply with IAEA safeguard obligations. Tehran has not been in full compliance with these obligations, which is the basis for the U.N. dispute,” Cortright says. “But insisting on an end to the enrichment program is a non-starter. No political leader in Iran will agree to such a demand. Instead, the U.S. and its allies should offer a compromise that allows limited enrichment, provided Tehran agrees to greater transparency and more rigorous verification standards.”

The U.S. is still pressing for new sanctions against Iran, and this deal is already a mark of success for sanctions diplomacy.

But it would be a mistake to press ahead immediately with new sanctions, according to Cortright. The text of the agreement calls the fuel swap a “starting point to begin cooperation.” Rather than criticizing the agreement, the U.S. should work alongside its ally Turkey to test Iran’s sincerity and begin talks to achieve further steps toward nuclear restraint, he says.

Media advisory: David Cortright’s comments may be used in whole or in part; He can be reached at 574-631-8536 or dcortig@nd.edu