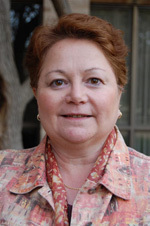 The danger of either an Islamic takeover of Pakistan or a complete collapse of the Pakistani state is the most serious danger the U.S. currently faces, and it must do what it can to facilitate a calming in the region, according to University of Notre Dame anthropologist Cynthia Mahmood, who has lived among and studied terrorist militant groups and is an expert on terrorism and religious motivations for war, especially in Pakistan, Afghanistan and India.

“This instability in Pakistan, which has been going on for 50 years, has reached a head and overflowed into Afghanistan and we felt the repercussion of that in the 9/11 attacks,” Mahmood said. “It also has resulted in wars with India over Kashmir many times. Right now, we’re finally seeing that the heartland of the region’s instability, in fact, is in Pakistan, and that the problem President Obama is having to deal with is not just what to do about Osama bin Laden and al Qaeda, but what to do about the very serious and urgent danger that a nuclear-armed nation is on the verge of either collapse or takeover by radical Islamists.”

Mahmood says many have been distracted by terrorism to the detriment of the more serious threat of nuclear weapons.

“We have two nations with nuclear weapons – Pakistan and India, long thought by U.S. analysts to be a likely flash point for World War III – and Pakistan is at a near breaking point because of rising Islamization, largely in response to U.S. actions. We have got to just back off, do what we can to facilitate a calming of the region, then consider what we can reasonably do to find Osama bin Laden, short of starting World War III.”

Mahmood says we also should be concerned with Kashmir, on Pakistan’s unstable eastern border with India.

“If we could secure a border agreement, Pakistani leaders may be more willing to deal with radical Islamists on the Afghanistan border,” Mahmood said. “Perhaps now is the time when many parties have a stake in pushing for a peace accord in Kashmir.”

For two decades, Mahmood has conducted face-to-face studies of war and peace, documenting hundreds of stories about what life is like for people involved in violence and enmeshed in wars. She specializes in the Middle East and South Asia, especially India, Pakistan and Afghanistan, where there are religiously motivated terrorist militant groups. She has lived among and studied both Muslim mujahideen and Sikh militant groups.