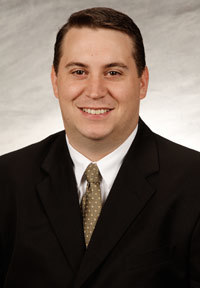 Apple CEO Steve Jobs recently announced he was taking another leave of absence to focus on his health – a situation that raises some interesting leadership questions and highlights some of the dangers of executive arrogance, according to Mike Mannor, assistant professor of management at the University of Notre Dame.

“Steve Jobs is putting Apple in a very dangerous position,” Mannor says. “Uncertainty around executive leadership is always difficult for large public firms, but is particularly precarious for an innovation-driven company in a highly chaotic consumer market. Apple faces highly tumultuous markets with nearly all of its products. Research has shown that temporary changes in leadership lead to inhibited stewardship-type behaviors in which the interim leader is less likely to enact significant changes as they lack the credibility and power to carry out any real change. Given the importance of fast action in the markets where Apple competes, this could be a real threat to the company. Depending on the length of the absence, constrained leadership could lead to innovation stagnation, which could also seriously hurt the Apple brand.”

Mannor says the most important issue for Apple at this point is to create a long-term plan for succession to ease market anxiety.

“Given Jobs’ centrality to the Apple brand and culture, it is likely that he will continue to hold significant sway over the organization for the long term regardless of his official title at the firm,” Mannor says. “Since the confusion associated with his frequent comings and goings over the last few years has been so disruptive, it might be in Apple’s best interest to shift him out of a day-to-day leadership role into a more stable advisory role, such as continuing his board chairmanship but moving him out of the CEO role.”

It would be easy for Apple to let Jobs be pushy on these issues, Mannor says, since he is so important to the firm, is a founder and is the public face of the company.

“Top executives are often subject to narcissism biases and hubris that can lead them to become so focused on their own legacy that they inadvertently choose paths that are in their own best interest rather than that of the organization,” Mannor says.

Mannor says Jobs could learn a thing or two from Microsoft’s Bill Gates, who set a precedent for founders moving out of CEO roles but continuing to hold significant sway in the firms they created.

“Gates has continued to stay involved in the big decisions at Microsoft as board chairman,” Mannor says, “while giving up his full-time job as CEO to pursue other interests. Jobs could potentially save Apple a lot of ongoing uncertainty by transitioning out of his official role as CEO to deal with other important issues in his life.”