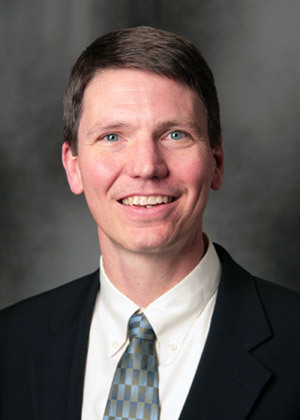 Though raising the minimum wage, providing high-quality preschool to every child, enabling more families to refinance their mortgages and creating new jobs are worthy goals, President Barack Obama offered no clear ideas for how to pay for these proposals in Tuesday night’s State of the Union address, according to a University of Notre Dame economist.

Timothy Fuerst, William and Dorothy O’Neill Professor of Economics, believes that the president “paid lip service” to two of the most pressing economic issues facing our nation: encouraging job growth in the near term and dealing with the nation’s fiscal solvency in the long term.

“The employment-population ratio fell sharply at the beginning of the last recession and has never recovered,” says Fuerst, one of the most cited economists in the world.

“This is without historical precedent in the postwar period. As for fiscal solvency, the current budgetary policy is simply not sustainable, primarily because of the rapid growth in entitlement spending. If something is unsustainable, we know that it is going to stop. What is unclear is how it will stop.”

Fuerst is a senior economic adviser to the Federal Reserve Bank of Cleveland and has conducted world-class research on how credit constraints can exacerbate recessions.

“It is contrary to all economic logic to suggest that higher minimum wages will lead to increased employment,” according to Fuerst.

“The president said little that would suggest a desire to shape a bipartisan deal on bringing down entitlement growth. Instead, I fear that we are in for four more years of fruitless budget negotiations punctuated by cliffhanger deals before last-minute debt-ceiling votes and/or sequesters.

“Everyone knows that there must be significant budgetary changes to ensure long-run solvency, but the unwillingness to deal with this leads to heightened uncertainty. It may even be the case that this policy uncertainty is one reason that job growth has been so anemic.”