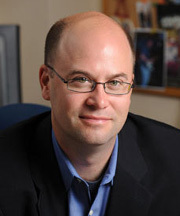 The court decided that the “individual mandate,” which requires Americans to either purchase health insurance or pay a fine, effectively functions as a tax and is therefore constitutionally permissible.

“While the individual mandate survived its constitutional challenges, the sweeping assertions of regulatory power made by many of the act’s supporters did not,” Garnett says. “As the chief justice wrote, ‘the framers created a federal government of limited powers and assigned to this court the duty of enforcing those limits. The court does so today.’

“The court’s rejection of the argument for unreviewable congressional power under the Commerce Clause, and its insistence that it retains a role in identifying the boundaries of federal power, are highly significant, and in keeping with the Rehnquist court’s emphasis on federalism,” Garnett continues. “In addition, a majority of the justices appear to have added some teeth to the court’s review of federal conditional spending programs, which can function coercively and threaten to undermine the states’ own decision-making prerogatives.”

Garnett notes the question before the court was not the wisdom of the Affordable Care Act, but its legal permissibility. The debate about the act and the religious freedom challenges to certain portions of it will continue.

“In recent days, some politicians and commentators engaged in an unseemly effort to intimidate the justices into adopting their own view,” Garnett says. “It was suggested that a vote by Chief Justice Roberts to strike down the act would render the court ‘conservative’ and ‘illegitimate,’ and would tarnish forever his legacy. These suggestions were deeply regrettable. To suggest that the court is ‘activist’ whenever one fears it might hand down a ruling with which one disagrees is to misunderstand the court’s nature and role.”