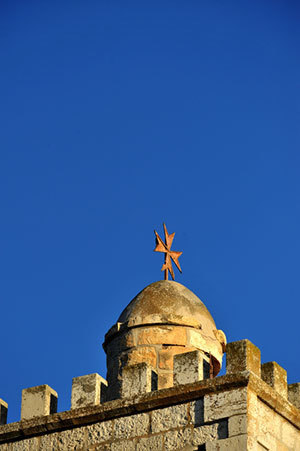 The official purpose of Pope Francis’ Holy Land visit, May 24-26, is to celebrate the 50th anniversary of the meeting in Jerusalem between Pope Paul VI and Patriarch, but according to Rev. Patrick Gaffney, C.S.C., associate professor of anthropology at the University of Notre Dame and faculty fellow of the Kroc Institute for Peace Studies, the Pope’s pilgrimage is also intended to challenge the “chauvinism” that threatens the spirit of true ecumenism.

Father Gaffney, a Middle Eastern scholar now residing near Bethlehem at Notre Dame’s Tantur Ecumenical Institute, is a former director of Notre Dame’s international studies program there and is at work on a history of ecumenical relations in Jerusalem.

“The significance of that meeting 50 years ago which brought together the leaders of Latin and Byzantine Christianity for the first time in almost a thousand years can hardly be underestimated,” Father Gaffney said. “The shared recognition of past faults and the mutual forgiveness that followed laid the foundation for a new era of understanding, appreciation and collaboration which promised to draw the Church, east and west, closer to the ideal of unity than has been realized since the apostolic age.

“But in some troubled parts of the world, including the Middle East, not to mention Yugoslavia or, recently, Ukraine, where Catholics and Orthodox live side by side, an old resistance to this blessed ecumenical vision has persisted and has sometimes reappeared in the guise of rival nationalist loyalties. By exhortation and example, Pope Francis continuously encourages the faithful to place compassion before such chauvinism, to use wealth, and to exercise power in ways that protect, support and include vulnerable and distressed people.”

Father Gaffney said that the tight security measures taken by the Israeli government will noticeably constrain Pope Francis’ access to the local public.

“The elaborate measures that are being planned to reduce the risk of possible harm to the Pope or of unsightly embarrassment to the host country have led to a decision to reduce his exposure to a minimum,” Father Gaffney said. “For the only night which the Pope will be spending in Jerusalem, a complete curfew has been ordered in the Old City, which not only prohibits vehicles and pedestrians, but includes the clearance of balconies and rooftops as well. A recent surge of aggressive vandalism in Israel, targeting churches, monasteries and Christian pilgrim hostels, has clearly put the local authorities on high alert. However, the well-known affection, courage, spontaneity and genuinely joyful appeal of Pope Francis may not be so easy to contain.”