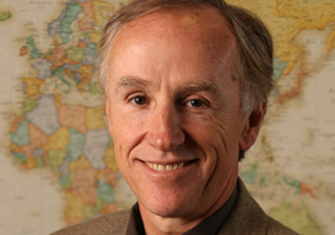 President Barack Obama’s speech in Prague on Sunday (April 5), which committed the U.S. to seeking “the peace and security of a world without nuclear weapons,” was one of the most visionary statements ever uttered by an American president, said David Cortright, a research scholar at the University of Notre Dame’s Kroc Institute for International Peace Studies.

“Ronald Reagan and Mikhail Gorbachev articulated the goal of a nuclear-free world at the Reykjavik summit in 1986,” Cortright said. “The idea is now gaining new momentum and has recently been endorsed by George Shultz, Henry Kissinger and other former national security leaders.

“The President’s statement also embodies Pope Benedict XVI’s 2006 World Day of Peace message, in which he called upon world leaders to strive for ‘progressive and concerted nuclear disarmament,’” Cortright said. “We should hope and pray that the United States and other nations now take concerted action to realize that vision.”

Cortright has written widely on nuclear disarmament, economic sanctions, counter-terrorism and nonviolent social change. From 1978 to 1988 he was executive director of SANE, the Committee for a Sane Nuclear Policy, which under his direction became the largest disarmament organization in the United States. He has taught at Notre Dame since 1989.

Note to media: Cortright’s comments may be used in part or as a whole. He can be reached for interviews at the contact information below.