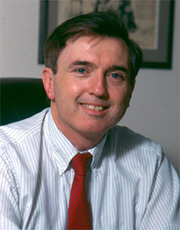 The Supreme Court will consider on Wednesday (Nov.12) a case which could determine whether cities and states may be compelled to display donated monuments with religious messages.

Pleasant Grove City v. Summum is a dispute between a tiny religious sect and a city andinvolves a display of the Ten Commandments on public property.Nevertheless, according to Gerard V. Bradley, professor of law in the University of Notre Dame Law School, the case concerns freedom of speech more than freedom ofreligion.

“The precise issue in the case is really about free speech and notat least not directlyabout freedom of religion,”Bradley said.“The legal issue is whether this display should be viewed as speech by the government, which now maintains and controls this permanent display, or as speech of a private party on government land.”

According to Bradley,“the better argument has been made by lower appellate court Judges Michael McConnell and Neil Gorsuch, who said it is government speech.I think that this is the position which will probably prevail in the Supreme Court.”

A member of the Notre Dame law faculty since 1992, Bradley is a prominent scholar of constitutional law and the relationship between law and religion and has filed friend of the court briefs in cases involving religious displays on public property.