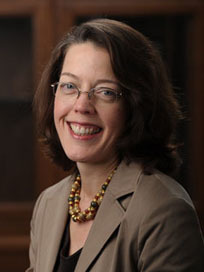 The reported decision of President Bush to deny Israel’s request for assistance in bombing Iranian nuclear facilities was helpful not only to the stability of the Middle Eastern region, but also to the maintenance of international law, according to Mary Ellen O’Connell, Robert and Marion Short Professor of Law in the University of Notre Dame Law School.

The New York Times reported on Jan. 10 that President Bush had denied a secret request by Israel last year for specialized bombs to be used for an attack on Iran’s main nuclear complex.

“The reports say the president acted out of concern that bombing would further destabilize the Middle East,”O’Connell said."It is important to note that such bombing would also violate international law.The U.S. issue with Iran is over violating the Nuclear Non-Proliferation Treaty.

“We have been telling Iran it has serious obligations under international law.But there is no obligation more serious than the prohibition on the use of force.Supporting that obligation is the surest way to a more stable Middle East.The president acted wisely,”she concluded.