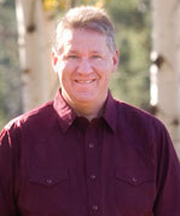 The Supreme Court ruled Wednesday (Nov.12)in favor of the U.S. Navy regarding the use of sonar in training exercises even when it risked harming whales and other mammals.

In doing so, according to John C. Nagle, John N. Matthews Professor of Law in the Notre Dame Law School, the court invoked the memory of President Theodore Roosevelt in a novel and significant way.

“We are accustomed to hearing Theodore Roosevelt being quoted in favor of environmental conservation,”Nagle said."We forget that T.R. also served as assistant secretary of the Navy.Chief Justice John G. Roberts invoked that experience in this week’s Supreme Court case.

“Roberts quoted T.R.’s statement that ’the only way in which a navy can ever be made efficient is by practice at sea, under all the conditions which would have to be met if war existed.The court thus overturned a preliminary injunction that a Los Angeles federal trial judge had issued against naval training exercises off the coast of Southern California pending the completion of further studies of the impact of the training on nearby whales.”

According to Nagle,"The case reached the Supreme Court in an unusual posture.The court presumed that the Navy had acted illegally by conducting its exercises before completing the environmental studies required by federal law.The remaining question was what to do about it.

“Federal courts issue injunctions only if, among other things, the harm resulting from the contested action outweighs the benefit of continuing it.Normally that supports injunctive relief in environmental cases because the harm that could occur by, for example, building a dam or paving a road is irreversible and far greater than the economic consequences of a temporary delay.

“But the Navy insisted that its exercises were an essential component of its anti-terrorism efforts,”Nagle said,“and the court faulted the trial judge for overlooking those national security interests.So the exercises and the environmental studies will both proceed, and other courts will work to implement the court’s guidance in the increasingly frequent conflicts between military operations and environmental law.”