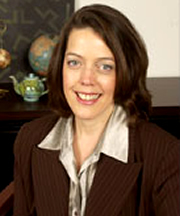 Mary Ellen OConnell, Robert and Marion Short Professor of Law in the University of Notre Dame Law School, believes theresponsibility to protect (R2P)principle adopted by the United Nations in 2005 is conspicuously applicable to the crisis in Darfur, Sudan.

The R2P principle states that sovereign states have a responsibility to protect their own citizens.However, when a state is unwilling or unable to do so, the international community, through the United Nations, must pick up that responsibility.The controversy lies in the extent to which R2P should involve the use of military force.

In Darfur, more than two million people are living in refugee camps after fleeing more than four years of fighting in the region.Sudans government and the pro-government Arab militias are accused of war crimes against the regions black African population.

OConnell is a supporter of the R2P principle but advocates for the most minimal use of military force.

Calling the Darfur crisis genocideseems to compel the use of force there,says OConnell. She adds that while Darfur qualifies as an armed conflict with severe atrocities, it is less clear that it is genocide.

Even if it were, a major use of force by outside interveners makes little sense because, historically, outside military intervention has almost never improved a human rights situation,she says.Quite often, nations understandably feel compelled to attempt to make bad situations better.Sometimes, we need to have the discipline and will not to make bad situations worse.

OConnell proposes alternatives grounded in international law.She argues for employing some of the worlds best negotiators to broker a cease-fire and end the conflict in a way that builds lasting peace.In the interim, she advises providing security for the millions of refugees living in camps.

OConnell will be among the invited presenters at an international symposium calledThe Responsibility to Protect: Progress, Empty Promise or a License for HumanitarianIntervention?Nov. 29 and 30 in Bonn, Germany.