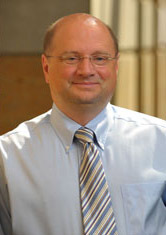 R. Scott Appleby, professor of history and director of the University of Notre Dame’s Kroc Institute for International Peace Studies, cites numerous misconceptions being spread by people caught up in a wave of suspicion and mistrust generated by the Ground Zero mosque controversy, plans by a Florida church to burn copies of the Qu’ran, and Muslims’ worries over the 9/11 anniversary coinciding with Ramadan.

“Islam is not Islamism… is not extremism… is not terrorism,” Appleby says. “And, there are no substantive or logical links between religion and violence that are distinctive to Islam. This is the biggest lie hanging out there unopposed. If Al Qaeda were angling to build a mosque at the site of the World Trade Center, the hateful reaction would be defensible. But Al Qaeda is not the organization sponsoring the prayer center. Ordinary American Muslims are the sponsors.”

Commentators who warn that the increasing anti-Islamic tenor of our political culture is provoking a backlash and possible radicalization of American Muslim youth, are correct to be concerned, according to Appleby.

“‘Islam is a religion of violence’ will never be a self-fulfilling prophecy among the vast majority of Muslims here or elsewhere,” he says. It is not something inherent in Islam that would be radicalized by Islamophobia ─ it is something inherent in humanity. Young men who fight back when they and their families are being demonized, know no particular religion.

“Have we not learned anything from our own painful mistakes as a nation?” Appleby asks. “Does history hold any lessons for us? The nation recently apologized for the forced internment of Japanese during the second World War. Catholics endured decades of discrimination on the basis of natives’ fears and hysteria about a ‘foreign,’ ‘anti-American’ religion and ethnicity. Mormons have been both agents and victims of religious violence, now a Mormon is likely to be a leading presidential candidate in 2012.”

Appleby points to religious freedom as the cornerstone of all other civil, human and constitutional rights.

“Without liberty of conscience, there is no free speech, free assembly or free press,” he says. “It must be inviolable—observed not only when it is non-controversial and reinforced especially when it causes controversy. Immigrants and ‘foreign religionists’ who gained their rights throughout American history, including African Americans and women, had to insist on and assert those rights—even when it meant offending other Americans’ sacred beliefs and sensibilities.”

Appleby’s scholarship and teaching concern religious violence and peacebuilding. He is the director of “Contending Modernities,” a major multi-year project to examine the interaction among Catholic, Muslim and secular forces in the modern world.

The author of “The Ambivalence of the Sacred: Religion, Violence and Reconciliation” and editor of “Spokesmen for the Despised: Fundamentalist Leaders of the Middle East,” Appleby recently co-chaired the Chicago Council on Global Affairs’ Task Force on Religion and the Making of U.S. Foreign Policy, which released the influential report “Engaging Religious Communities Abroad: A New Imperative for U.S. Foreign Policy.” He recently shared his insight from the Catholic perspective (with John McGreevy, Notre Dame’s I.A. O’Shaughnessy Dean of the College of Arts and Letters) in the New York Review of Books.

Media advisory: Scott Appleby’s comments may be used in whole or in part.