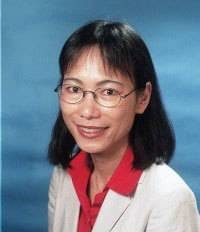 Hong Kong marked China’s National Day (Oct. 1) in unprecedented fashion, as pro-democracy protesters crowded the streets of the Asian financial hub for what is being called a critical day in the territory’s “Umbrella Revolution.”

University of Notre Dame political scientist and Hong Kong native Victoria Hui has worked in the democracy movement there. She says it is unlike any other.

“International media have reported on how hundreds of thousands of Hong Kong protesters have maintained nonviolent discipline and order,” she says. “International observers see images common to nonviolent movements around the world: strength in numbers, determined faces in front of riot police, slogans, songs and more. Beneath such broad strokes of similarities, Hong Kong is unlike other cases, given the constitutional structure of ‘one country, two systems’ agreed to between Beijing and London.”

While Hong Kong has only semi-democracy, people are free to protest.

“While the police sometimes make arbitrary arrests, the independent judiciary inherited from the colonial era routinely releases activists,” Hui says. “This constitutional structure presents a very open political space unseen in the rest of China and yet makes it difficult for activists to mobilize the largely contented population.”

Against this backdrop, Hui says, the unprecedented use of riot police and the firing of tear gas seemed to have galvanized popular support for the protesters fighting for genuine democracy and increased sympathy for nonviolent actions. So, how long will the movement last?

“Hong Kong leader CY Leung learned the painful lesson Sunday (Sept. 28) that repression would only backfire,” Hui says. “They have since pulled back the riot police and protests have surged. The government seems to have belatedly followed the strategy of ignoring the protests, betting that protesters will eventually go home and the revolution will just fade away without any more clashes for the world to see.”

Hui says people may well slowly retreat, but that won’t necessarily be the end of it.

“Hong Kong people are known for their pragmatism as much as their passion for democracy,” she says. “A people power movement could work equally well when it is dispersed as when it is concentrated. Hong Kong people could sustain the movement while still going to work and to school by adopting methods of dispersal. They could, for example, compile a list of business interests closely tied to CY’s inner circle and launch a targeted boycott. Protesters cannot force CY to step down, but may have a chance at forcing his inner circle to force him to step down and reopen the consultation process."

Hui is the author of “War and State Formation in Ancient China and Early Modern Europe,” and serves on the Academic Advisors Committee of the International Center on Nonviolent Conflict.