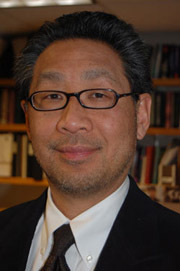 The focal point of the Group of 20 (G-20) nations to commit resources to the International Monetary Fund (IMF) for countries facing short-term financial distress was a big turnaround from past years, according to University of Notre Dame economist Nelson Mark, who considers the summit “moderately successful.”

“Just two years ago, the G-7 asked that the IMF shrink by about 50 percent over the next 5 to 10 years due to a lack of business,” Mark said. “Emerging and developing economies like those in Eastern Europe need assistance, but it’s politically infeasible for central banks to provide help. The IMF didn’t have the resources to lend to those countries before, but now it looks as though it will.”

“Protectionist sentiments intensify during bad economic times,” he said, “and there seemed to be broad recognition in the G-20 that killing off trade would make us collectively even worse off.”

In addition, Mark says there was a broad recognition of the integration of international financial markets.

“If there’s just one market, various nations need to harmonize regulations and supervision of financial institutions and to broaden the scope of institutions that are subject to regulation, such as some of the major hedge funds,” he said.

In general, Mark says it’s good that resources are being committed to the IMF, but the G-20 did not address “how these enormous banks are going to write down the value of their assets to reflect their current market value.”

Notre Dame’s Alfred C. DeCrane Jr. Professor of International Economics, Mark’s primary research interests are in the areas of international macroeconomics, exchange rate economics and international asset pricing. As a concurrent professor of finance, his expertise also includes international trading and finance, with a focus on the changing landscape of global economies and the emerging economies of India and China.