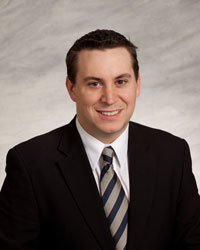 Ford Motor Co. CEO Alan Mulally, who revived the No. 2 automaker after more than $30 billion in losses from 2006 through 2008, received a stock award worth some $55 million and recently earned harsh criticism from UAW President Bob King, who called the pay package “morally wrong.”

Mike Mannor, assistant professor of management at the University of Notre Dame’s Mendoza College of Business, says CEO pay is a very complex issue that involves a lot of tradeoffs, and that in this case, Mulally represents a particularly interesting situation.

“He is among the absolute best executives in the world right now,” Mannor says. “In the last few years, his work at Ford has been truly remarkable by nearly any metric. Further, he took an incredibly difficult job (Ford was behind when he took over and was falling fast), and he was soon faced with the most turbulent competitive landscape the automotive industry has seen in the last 50 years. Both of his primary American competitors went bankrupt. Yet, he skillfully led Ford through tremendous changes and now has the company incredibly well positioned to be exceptional for the next few years.”

Does this tremendously successful CEO deserve a big paycheck? Mannor says, “Absolutely. But, does he deserve a $55 million paycheck? That is the real question.”

King highlighted the moral center of this debate, stating that he does not think “any human being in the world” deserves that much money.

“This raises questions that business schools, boards of directors and society at large need to contend with,” Mannor says. “Do we believe that epically large pay packages are morally responsible? Everyone agrees that long-term oriented pay packages are ideal for CEOs, as they help to solve the agency problem inherent in large public organizations by effectively aligning the CEO’s interests with the interests of shareholders. However, academic literature has shown that long-term contingent pay can be effective even if it does not involve incredibly large absolute dollar amounts.

“With this in mind, Bob King may be right – enormous pay packages might not be morally right,” Mannor says. “But, I can assure you that until CEO labor markets adjust to bring down these huge pay packages, the best people, Alan Mulally included, will be tempted to go to organizations where they can get the best rewards for their talent.”

As a Catholic university that is engaged in interdisciplinary research and thought leadership on the important issues of our time, Notre Dame is well-positioned to facilitate the exploration of the challenging questions that shape the national debate about business ethics, as demonstrated by endeavors such as the Notre Dame Forum: The Global Marketplace and the Common Good, which is a yearlong series of speakers, presentations, discussions and other activities intended to examine the role of ethics, morals and values in the rebuilding and reshaping of the global economy.

“Given our vision to help corporate America have the courage to ask more of business, we need to help influence leaders and especially boards of directors to make more responsible decisions that embrace long-term contingent pay without falling victim to the easy way out of rewarding great leaders with exorbitant packages just because they feel like everyone else is doing so,” Mannor says. “Further, market leaders like Ford could use this as a ‘teachable moment’ to show their peers that truly amazing talent can be fairly compensated with large but not excessive pay packages.”