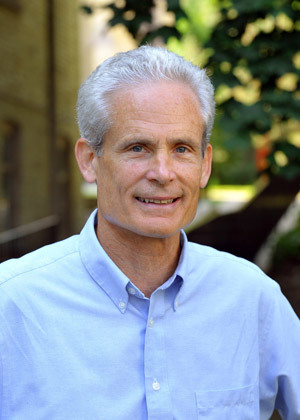 F. Clark Power, a professor of psychology and fellow in Notre Dame’s Institute for Educational Initiatives, has some advice for NCAA president Mark Emmert in responding to the recent firing of Rutgers’ head basketball coach.

“In his press conference yesterday (April 4), Emmert said that he found the videotape of Mike Rice abusing student athletes ‘pretty appalling,’” Power said. “He declined to suggest a remedy, but he promised that he would open up a conversation on the way in which coaches should treat their athletes: ‘I think it requires us to have a conversation,’ Emmert said when asked if there needs to be a better solution for athletes in an instance like this one at Rutgers. ‘I don’t want to suggest there’s some immediate policy that can deal with it, because I don’t know what that is. But we need to talk with the coaches association, with the ADs, to see what we can do to make sure that young men and women aren’t being exposed to abusive behavior by coaches. That’s just uncalled for and inappropriate.’

“Mark Emmert may want to start that conversation by revisiting the letter of inquiry he sent to Penn State following the allegations of Sandusky’s history of blatant abuse. There he cited Article 19 of the NCAA Constitution, which points out that because coaches are ‘teachers of young people,’ the NCAA holds them to a higher ethical standard than ‘less critically paced individuals.’

“Emmert might also invite athletic administrators and coaches to discuss Article 2.4 of the NCAA Constitution. The Principle of Sportsmanship and Ethical Conduct, which reads, ‘For intercollegiate athletics to promote the character development of participants, to enhance the integrity of higher education and to promote civility in society, student-athletes, coaches and all others associated with these athletics programs and events should adhere to such fundamental values as respect, fairness, civility, honesty and responsibility.’

“It is up to all of those involved in athletics at university, high school and youth sport levels to address the physical and verbal abuse that has become an acceptable part of our sports culture in the United States,” Power said. “It’s time for organized sports, particularly in colleges and schools, to take responsibility for the way in which coaches are educated, mentored and evaluated.”

Power has worked in the area of moral development and culture for the majority of his academic career. Ten years ago, he formed Notre Dame’s Play Like A Champion Educational Series for youth and high school sports. The program is a forum for coaches, athletic administrators and parents to address issues such as bullying and character development within a team.