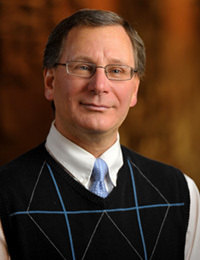 Matovina, professor of theology and director of Notre Dame’s Cushwa Center for the Study of American Catholicism, is the author of a recent history entitled “Latino Catholicism: Transformation in America’s Largest Church.”

After the re-election of George W. Bush in 2004, the political consultant Dick Morris said that “the biggest reason for Bush’s victory was that he finally cracked the Democratic stranglehold on the Hispanic vote.” In 2008, Martin Kettle, associate editor of the The Guardian, called Latinos “the big racial game-changer” in Barack Obama’s election.

More recently Ruy Teixeira of the Center for American Progress Action Fund posted a piece on the blog of The New Republic entitled “Why Obama’s Re-Election Hinges on the Hispanic Vote.”

“In fact, the electoral significance of Latinos is growing steadily,” Matovina says, “but not as exponentially as such commentaries suggest.”

While many scholars, including Matovina, have reported on the gradual emergence of Latinos as the nation’s largest minority group, Matovina notes that “in the 2008 general elections, eligible African American voters still outnumbered Latinos by five million. Moreover, the majority of Latino voters reside in California, New York and Texas, states in which the results of presidential elections are relatively predictable: the victorious candidate’s margin of victory in these states ranged from nine to 27 percentage points in the two most recent presidential elections.

“The four swing states where Latino votes have the greatest influence are Florida, New Mexico, Nevada and Colorado, all of which Bush won in 2004 and Obama won in 2008. Of course, in close races the importance of every grouping of voters is magnified. There is not sufficient evidence in such instances to deem Latinos the decisive factor.”

Matovina does acknowledge that the Latino vote is becoming an ever more conspicuous feature of the nation’s political landscape.

“The facts that Obama was the first Democratic presidential candidate to win a clear majority of Latino votes in Florida and that from 2004 to 2008 New Mexico, Colorado and Nevada were the three states with the largest increases in the Latino percentage of the voters who cast ballots reveal the growing significance of Latino voters in presidential elections,” he says.