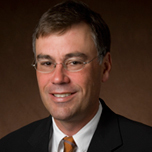 In the aftermath of Hurricane Sandy, one of the lessons to be learned is that coordinating the close of the financial markets is the right move not only for the safety of traders, but also the operation of the system, says Robert Battalio, finance professor at the University of Notre Dame.

“We don’t live in the Stone Age. The New York Stock Exchange could have continued to operate and moved to its electronic platform,” he says. “The SEC gets bashed a lot, but it made the right decision to coordinate the market closures. Closing the exchange means there were a lot of bad trades that didn’t happen.”

The market closed for two days on Monday and Tuesday as Sandy battered down on the East Coast, a move that was seen by some as a sign of a sign of economic instability, especially as the New York Stock Exchange is one of the world’s most identifiable symbols of capitalism.

Battalio disagrees. Further, the closure speaks to a larger debate about the need for humans to stay in the trading loop, as opposed to purely electronic trading. “Unlike the Nasdaq, the NYSE is designed so that a human must open and close the trading day,” he says. “Computers can’t be programmed for every contingency; there is still a need for people to ‘baby-sit’ trading.”

Battalio is a Presidential Faculty Fellow at the University of Notre Dame. His primary area of interest involves the relationship between financial market design and trading costs. Battalio is currently studying whether the post-earnings announcement drift survives transactions costs, who trades on accruals information, trading costs in the equity option market, and price discovery in option markets. His work has appeared in the Journal of Finance, the Journal of Financial Economics, and the Review of Financial Studies, among others. Robert has been quoted in the Wall Street Journal, the Dallas Morning News, the Newark Star Ledger, Inc Magazine, Business Week On-Line, the New York Times, the Boston Globe, the Wall Street Letter, Christian Science Monitor, CNNfn, USA Today, Barrons and Securities Week.