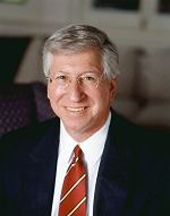 Myles Brand, president of the NCAA, will deliver a talk at 4 p.m. Aug. 20 (Monday) in the Monogram Room of the Joyce Center at the University of Notre Dame.

TitledThe State of Collegiate Athletics in the 21st Century: Issues, Challenges and Expectations,the talk is an invitational event under the sponsorship of the Office of the President, Faculty Board on Athletics and Department of Athletics.

Trained as a philosopher, Brand has studied the nature of human action with a focus on intention, desire, belief and other cognitive states, as well as deliberation and practical reasoning, planning and general goal-directed activity. He earned his bachelors degree in philosophy from Rensselaer Polytechnic Institute and his doctorate from the University of Rochester.

Note to media: This talk is open to the news media. To confirm your attendance, please contact Dennis Brown at dbrown7@nd.edu