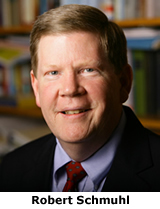 A recently published book by a University of Notre Dame professor will be featured at the National Press Clubs Book Fair and AuthorsNight on Nov. 15 (Wednesday) inWashington,D.C.

The collection of essays, published by Notre Dame Press in September, is one of just nine books appearing from a university press chosen for the event, which is in its 29 th year and broadcast on C-SPAN. Most of the 70 titles selected annually come from trade book publishers in New York, and authors who have participated in past book fairs include Bill Bryson, Annie Proulx, Walter Cronkite, Jim Lehrer and Larry King.

In So Many Wordsis the 10th book Schmuhl has written or edited. The volume brings together nearly 40 essays he has contributed to magazines and newspapers, including The Washington Post, Chicago Tribune, Boston Globe, Christian Science Monitor, American Journalism Review and Notre Dame Magazine.