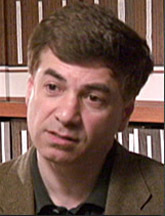 Shahriar Mobashery, Navari Family Professor in Life Sciences at the University of Notre Dame, has been named the 2008 recipient of the Astellas USA Foundation Award by the American Chemical Society ACS) for his work on antibiotic resistance and his important contributions to the understanding of the bacterial cell wall.

The Astellas Awards were established by the ACS to identify individuals or teams who exemplify the criterion of having significantly contributed to scientific research that improved public health through their research in the chemical and related sciences. Mobashery will receive the award, which carries a $30,000 prize, at the 236th ACS national meeting Aug. 17-21 in Philadelphia.

Mobashery, who has been a member of the Notre Dame faculty since 2003, is a world-renowned expert in antibiotic resistance and enzyme inhibitors. Before joining the Notre Dame faculty, he served as a professor of chemistry and the Charles H. Gershenson Distinguished Faculty Fellow at Wayne State University. His research interests encompass studies of mechanisms of resistance to antibiotics and the means to circumvent them, development of complex antibiotics, studies of the mechanism of action of these antibiotics, and investigations of complex microbial systems such as the outer membrane and the cell wall.

In addition, Mobashery and his research group are interested in the molecular mechanism of cancer metastasis and its intervention by rational design of molecules that interfere with the growth and spread of tumors.

He serves on numerous governmental and industrial panels, as well as on the editorial boards of eight scientific journals. He has published more than 200 scientific papers and holds eight patents and is a fellow of the American Association for the Advancement of Science.