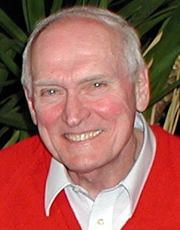 James L. Merz, Frank M Freimann Professor of Electrical Engineering and former vice president for graduate studies and research at the University of Notre Dame, has been appointed the Universitys interim dean of theCollegeofEngineering, effective August 1, according to Provost Thomas G. Burish.

A member of the Notre Dame faculty since 1994, Merz will replace Frank P. Incropera, who is leaving the position after eight years to return to full-time teaching and research. Incropera is the H. Clifford and Evelyn A. Brosey Professor of Mechanical Engineering.

Jim Merz brings many strengths to the interim deanship,Burish said.He is an experienced administrator, an active and accomplished researcher, and a committed teacher. Jim sets high goals for himself and others, and then devotes all of his considerable talents to achieving those goals. This is not a position that Jim sought or expected, but as with so many other things, Jim agreed to serve because his doing so was in the best interests of Notre Dame. I am most grateful to him for having taken on this challenging and critically important position.

We must continue the momentum that theCollegeofEngineeringhas created in recent years; Jim is committed to helping us do so, as I know are the faculty of the College.

A 1959 graduate of Notre Dame, Merz returned to his alma mater in 1994 to direct a team of researchers investigating Quantum Cellular Automata, a revolutionary new circuit technology that could power computers thousands of times faster and more capable than anything new available. The project was funded by a $3.45-million federal grant from the Defense Advanced Research Projects Agency.

An internationally recognized scholar in the field of optoelectronic materials and devices, Merz formerly was professor of electrical engineering, professor of materials and director of the Center for Quantized Electronic Structures (QUEST) at theUniversityofCaliforniaatSanta Barbara. In addition to directing QUEST, a National Science Foundation (NSF) science and technology center, he also chaired the national council of directors of the NSF science and technology centers. He has published more than 400 papers and holds five patents.

Also while at UC-Santa Barbara, Merz at various times chaired the Department of Electrical and Computer Engineering and served as associate dean for research of theCollegeofEngineeringand associate vice chancellor of the university.

A leading investigator of scientific and research practices in Japan, Merz was Hitachi Professor at the University of Tokyo in 1992, a visiting research professor at the Tokyo Institute of Technology in 1989, and a visiting research scientist at the Japanese Optoelectronics Joint Research Laboratory in 1985. He has lectured widely throughout bothJapanandChinaand has been involved, through the National Research Council of the National Academies of Science and Engineering, in exploring a variety of relationships in science and technology between theU.S.and thePacific Rimnations.

Merz was graduated from Notre Dame with a bachelors degree in physics and attended theUniversityofGöttingeninGermanyas a Fulbright Fellow in 1959-60. He attendedHarvardUniversityas both a Woodrow Wilson and Danforth Fellow, earning his masters degree in 1961 and his doctorate in 1967. He joined the technical staff of Bell Laboratories in 1966 and conducted investigations there into the optical properties of compound semiconductors. After a semester as Gordon McKay Visiting Lecturer on Applied Physics at Harvard in 1972, he returned to Bell Laboratories, where he worked on optoelectronic devices and integrated optical circuits until joining the UC-Santa Barbara faculty in 1978.

Merz is a fellow of the American Physical Society and theInstituteofElectricaland Electronic Engineers. He is a member of the American Association for the Advancement of Science, the Materials Research Society, and the Society for Values in Higher Education. He also is the recipient of an honorary doctorate fromLinköpingUniversityinSwedenand an Alexander von Humboldt Research Award in recognition of lifetime achievements in science and engineering.