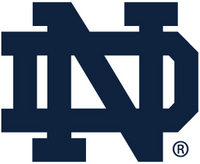 A Mass of Remembrance on the 20th anniversary of the University of Notre Dame swimming team bus accident will take place at 8 p.m. Tuesday (Jan. 24) at the Basilica of the Sacred Heart. Notre Dame’s president, Rev. John I. Jenkins, C.S.C., will preside and president emeritus, Rev. Edward A. Malloy, C.S.C., will deliver the homily.

Shortly after midnight on Jan. 24, 1992, in the midst of a heavy snowstorm, a bus bringing the Irish women’s swimming team back to campus from a meet at Northwestern University slid off the Indiana Toll Road and rolled over. Meghan Beeler from Granger, Ind., and Colleen Hipp from St. Louis, both freshmen, lost their lives in the accident. Most of the other swimmers, coaches and staff were injured, including Haley Scott, also a freshman, who was paralyzed for more than a week.

Some 18 hours after the accident, Father Malloy presided at a Mass in the Basilica for the Notre Dame community to mourn and pray. The Mass on Tuesday will be in memory of Meghan and Colleen, in thanksgiving for healing, and in appreciation to members of the Notre Dame and South Bend communities who responded at the time of the accident and beyond.

The Mass will be streamed live on the Web live at http://ndprayercast.org/.