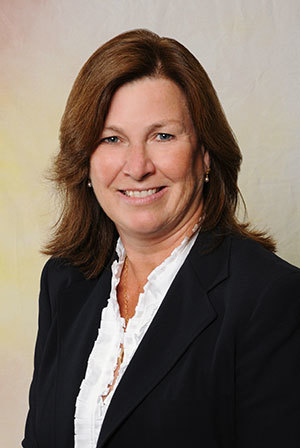 University of Notre Dame alumna Mary Hesburgh Flaherty, a breast cancer survivor and longtime supporter of the University, will be the featured speaker at the Pink Zone luncheon at 11 a.m. Feb. 2 (Saturday) at the Purcell Pavilion at Notre Dame. The luncheon will precede the annual Notre Dame women’s basketball Pink Zone game at 2 p.m. and is organized by the College of Science to recognize researchers and physicians in the fight against cancer.

Since graduating with a bachelor’s degree in marketing and business administration in 1979, Flaherty has served the University and the larger community in significant ways. She is a member of the Notre Dame Undergraduate Experience Advisory Council and has helped to develop student scholarships and funding for women’s services and programs through the Thanking Father Ted Foundation. Her uncle, Rev. Theodore M. Hesburgh, C.S.C., president emeritus of the University, will introduce her at the luncheon.

Flaherty is deeply committed to providing educational opportunities and to supporting health care. She is the chair of Saint John’s Hospital and Health Center board of directors, the former chair and a trustee emeritus at Marymount High School of Los Angeles, and a board member of Las Madrinas of the Children’s Hospital in Los Angeles. In addition, she has served the Westside Guild of the Children’s Hospital of Los Angeles since 1991, has been a member of the Irene Dunne Guild of Saint John’s Health Center since 1987 and is an active member of St. Matthew’s Parish. Together with her husband, Notre Dame trustee James F. Flaherty III, a 1979 graduate of the University, she established a professorship to further the work of the Notre Dame Center for Children and Families. Flaherty lives in Los Angeles with her husband, and they have three children, Jim, a 2006 and 2007 Notre Dame graduate; Mary Catherine, a 2008 Notre Dame graduate; and Maureen, a current Notre Dame junior.

Proceeds benefit the WBCA Pink Zone initiative, a global, unified effort of the Women’s Basketball Coaches Association (WBCA) to assist in raising awareness and support for women with breast cancer. The funds are dispersed among several local nonprofit organizations through the Foundation of Saint Joseph Regional Medical Center to assist with breast cancer screenings, education and support as well as the national organization Kay Yow WBCA Cancer Fund. The late Kay Yow, the Fund’s namesake, was a past president and founding member of the WBCA who was diagnosed with breast cancer in 1987 and passed away in 2009.

Tickets for the luncheon, which are available by calling the Notre Dame ticket office at 574-631-7356, are $100 each, or $150 per couple. Each ticket includes the luncheon, admission to the basketball game, a pre-game chalk talk by an Irish assistant coach, and refreshments at Club Naimoli during the game.