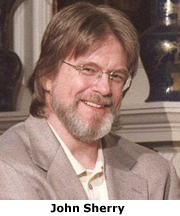 John F. Sherry Jr., professor and chair of marketing at the University of Notre Dame, has been selected as a recipient of the 2006 Marketing Science Institute/H. Paul Root Award.

The honor recognizes Sherry and two co-authors for the paperCreating a Market Orientation: A Longitudinal, Multifirm, Grounded Analysis of Cultural Transformation,which appeared in the October 2006 issue of the Journal of Marketing.

Sherry, Gary F. Gebhardt of theUniversityofSouth Floridaand Gregory S. Carpenter ofNorthwesternUniversitywill be recognized by their peers Feb. 17 at the American Marketing Associations Winter Marketing Educators conference inSan Diego. Their article was chosen by members of the Journal of Marketings editorial review board for its significant contribution to the advancement of the practice of marketing.

With a doctorate in anthropology from the University of Illinois, Sherry focuses his research and teaching on the sociocultural dimensions of consumption and the cultural ecology of marketing. For the award-winning paper, Sherry and his colleagues followed seven firms as they sought to become more market oriented, a goal that is becoming increasingly important to both marketers and managers. A theoretical model was developed to explain how firms create a market orientation, and findings suggest that the organizational changes the firms experienced were primarily cultural ones.

Sherry returned to Notre Dame, where he earned his bachelors degree, as the Raymond W. and Kenneth G. Herrick Professor of Marketing in 2005. For two decades, he was a member of the marketing department at Northwestern’sKelloggSchoolofManagement while also serving as a corporate consultant. Sherry is a fellow of the American Marketing Association and the Society for Applied Anthropology as well as a past president of the Association for Consumer Research. In addition to authoring and editing numerous publications and articles, Sherry also serves on the editorial review boards of nine professional journals.