Plagued by a splurging spouse? Open a joint bank account.

New research from the University of Notre Dame shows that people who share money from a joint account are less likely to wastefully spend for fear of having to justify the expenses. Those partners will avoid pleasure spending in favor of utilitarian purchases, which are easier to justify. 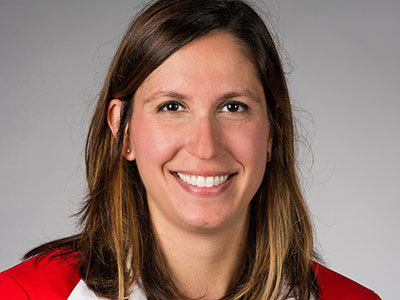 “The Consumption Consequences of Couples Pooling Finances” is forthcoming  in the Journal of Consumer Psychology, from Emily Garbinsky, assistant professor of marketing in Notre Dame’s Mendoza College of Business and Joe Gladstone of University College London.

“We found that this spending pattern was not a one-time occurrence,” Garbinsky says. “People made these decisions over and over, which resulted in thousands of dollars spent.”

Approximately 82 percent of couples in the U.S. maintain at least one joint bank account, and although they have different motivations for pooling their finances, Garbinsky says the need for justification does not appear to be a primary factor.

“Common reasons include convenience and a standard belief about how couples should manage their money,” she says. “We show that although the perceived need to justify spending is not an antecedent of the decision to pool finances, it does represent an important downstream consequence of the decision to pool, which subsequently influences purchase decisions over time.”

The paper consists of five studies — two of which were conducted the Friday before a home football game at Notre Dame. In one experiment, the researchers asked participants who were in romantic relationships whether they had access to both their joint bank account as well as a separate account. If so, they asked the participants to use one of the account cards to buy either a Notre Dame branded beer mug or coffee mug, both of which were on a table in front of them. The results showed that people using their joint account cards were more likely to choose sensibly — opting for the utilitarian coffee mug over the hedonic beer mug.

To show whether the need to justify was, in fact, influencing decisions, the researchers conducted another experiment with romantic partners who had access to both separate and joint accounts. Participants were randomly asked to use one of their two accounts and to imagine that they were shopping for new clothes on a budget. They were given a choice between clothes for social occasions or for work — both with a price tag of $75. After selecting the clothing, participants had to indicate — using a scale of one to seven — to what extent they felt the need to justify their purchase to their partners. Those using a joint account felt a greater need to justify and were more likely to select work clothes.

The researchers then analyzed bank account data of people in romantic relationships over a 12-month period. They found that those with joint accounts spent significantly less on hedonic purchases — including vacations, alcoholic beverages and beauty products — and more on utilitarian items — such as insurance, electricity and gasoline.

“Our findings suggest pooling finances may be one simple way to spend money more responsibly,” Garbinsky says, though she notes that couples should not to let the need to justify spending go too far, which could lead to negative consequences.