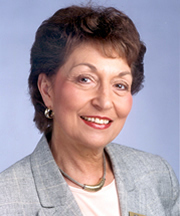 A lecture by Judith Krug, director of the American Library Associations (ALA) Office of Intellectual Freedom, originally scheduled for March 3, has been rescheduled for 4 p.m. Thursday (May 4) in the Carey Auditorium of the Hesburgh Library at the University of Notre Dame.

Titled,Intellectual Freedom, National Security and the Academy: The Threats of Federal Legislation and Administrative Actions to Intellectual Freedom at American Colleges and Universities,the lecture is sponsored by the Professional Development Committee of University Libraries and is free and open to the public.

Krug has directed the Office of Intellectual Freedom since its founding in 1968 and is one of the people most identified with the field as it relates to libraries. She helped to found both the Freedom to Read Foundation and Banned Books Week to help raise awareness about censorship. She also is the author of numerous books and articles on intellectual freedom, censorship and patron privacy in libraries.

In addition to her ALA responsibilities, Krug serves as a senator of the Phi Beta Kappa Society, chair of the board of directors of the Center for Democracy and Technology, vice chair of the Internet Education Foundation, and immediate past chair of the Media Coalition.

She is the recipient of the American BooksellersIrita Van Doren Award and the office she directs has received the American Civil Liberties Unions Harry Kalven Freedom of Expression Award.