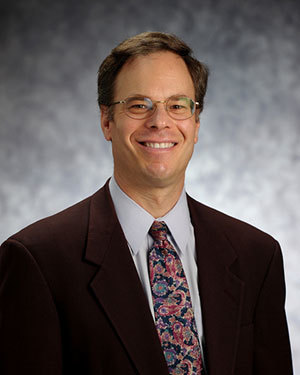 Peter Smith, professor and chair of music at the University of Notre Dame, wryly confesses a suspicion that the University’s Department of Music might be “a bit too well-kept a secret.” He notes with satisfaction, even pride, that the students who come here to study music learn very quickly of the department’s excellence both in performance and in musical scholarship, including theory, history and ethnomusicology, and he would like to see that excellence even better known.

Next month, Smith and two of his Notre Dame colleagues are going to do something about that. Smith, violin professor Tricia Park, and piano professor John Blacklow will tour three major cities in Asia, performing and teaching and inviting Asian high school students and their families to think about studying music at Notre Dame.

The crowded schedule for their Oct. 7-19 tour of Seoul, South Korea, and Shanghai and Beijing, in China, will include recruiting visits to 10 high schools and combined lectures and performances at Beijing University and Beijing’s Capital Library.

The Beijing recitals, arranged by the Notre Dame Beijing Global Gateway, will present examples of Notre Dame’s distinction in musical scholarship and performance alike, with introductory remarks by Smith and performances by Park and Blacklow of sonatas by Robert Schumann and Johannes Brahms, as well as selections arranged by violinist Jascha Heifetz from George Gershwin’s opera, “Porgy and Bess.” 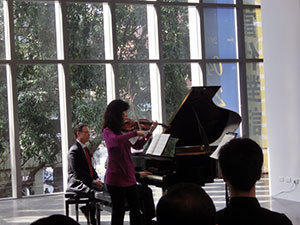 Smith, Park and Blacklow made a similar tour of Asia last year, and Smith said they will do so next year as well. “These tours to Asia have proven to be a highly effective means to get the word out about the excellence of our music department,” he says. “We have a faculty of first-rate scholars and performers, and our hosts in Asia have responded with great enthusiasm for the performances and teaching demonstrations we have offered at high schools and for the lectures and concerts we have presented at important cultural institutions. As Notre Dame moves forward into the 21st century, my sense is that the administration is deeply committed to building on the excellence we already maintain in music and the other arts.”

As a particularly agreeable example of how effective the Asian recruiting tours can be, Smith recalls meeting Yi Lok Tsang, a Shanghai High School senior during the 2013 tour. Tsang, now a Notre Dame freshman, knew little of Notre Dame before Smith, Park and Blacklow made a visit to her school a year ago, and what she learned from the event was decisive. She applied for and won early admission, along with a merit scholarship from the music department and scholarship support from Notre Dame’s Glynn Family Honors Program and the Greater China Scholarship Program.

“The music department’s visit last year did have a great impact on my decision to come here,” Tsang says. “In fact, it even inspired me to major in music. Notre Dame is one of the few universities that offer majors in performance in a liberal arts setting, so as a pianist I was confident that I would have a wonderful experience studying music here.” Much of that confidence was inspired by Park’s and Blacklow’s performance of Henryk Wieniawski’s Polonaise in D major. “It was a fascinating experience for me,” she says, “and now it is my pleasure and honor to have Professor Blacklow as my piano instructor this year.

“So far I am really enjoying my time here,” Tsang says, “and I think Notre Dame is a perfect fit for me. I love the fact that Crowley Hall is a three-minute walk from where I live, and I usually spend my time there in the practice rooms whenever I am outside of class. I also really enjoy the atmosphere of our campus, especially during football weekends. Our marching band is truly amazing!”